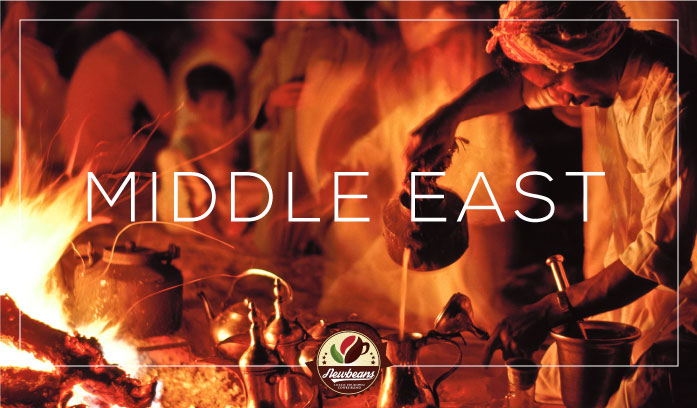 With Saudi Arabia’s new leadership and notable economic reforms, the outlook  for foreign ventures and investment is promising. BigOnIT  are exploring various opportunities in Food, Healthcare and Food Security in the Middle East.

This blog series provides an update on our ventures in the region, as well as the current business landscape as I see it. With thousands having access to the Internet and going online every year, in addition to the boost in mobile commerce traffic, the Arab peninsula has become the fastest growing e-commerce sector in the world. According to ArabWorld’s Online Payment Report for 2014, which covers the UAE, Saudi Arabia, Egypt, and Kuwait, the following developments are taking place in the Arab e-commerce sector: [8]

There are more credit card holders, but COD is still strong.

In the UAE, 60% of the 3.65 million e-commerce customers are located in Dubai, while another 27% are in Sharjah and Abu Dhabi collectively. In Egypt, 27% of e-commerce purchases are paid for with a credit card, while cash on delivery makes up the remainder.

Online basket size is growing in the Arab peninsula.

Arabs use mobile commerce twice as frequent as the rest of the world.

All these indicate that there is a large opportunity for online coffee roasting in Arab countries, particularly Dubai and Saudi Arabia. Not only are young consumers driving coffee consumption, they are also the leading users of e-commerce in the region, proving that online coffee ecosystems have a chance to flourish in the market. It should be emphasized that young consumers specifically look for premium coffee experience coupled with convenience, both aspects that Newbeans CTAPS system can provide.

Of importance will be the provision of COD options and mobile-responsive e-commerce pages given the habits stated above.

In my next post, I’ll be sharing with you the strategy we’ve made for BigOnIT and Newbeans Coffee’s entry to the Middle East and North Africa. The Lecture Club, London’s longest running literary salon, will be having our CEO and Founder Mark Wilson MBA to speak on Disruptive Technology.

Through The Lecture Club, professionals with multiple interests and open minds gather and learn from experienced speakers – we are honored to invite you to our CEO’s talk:

For Disruptive Technology (or is it?) Mark discusses examples of how technology is providing more opportunities for companies, and how disruption of traditional models is becoming an every day occurrence.

Mark Wilson has worked across many different industries, with a specialisation on the impact of Technology. He started off his career working for Japanese consumer electronics companies and property development. Since then, he has used technology in various industries and many unique applications – such as the development of Property Renting, Supply Chain, and Food Distribution.

He is now also the founder of Newbeans Coffee, a pioneering online coffee roaster; and BigOnIT, a full service digital consultancy that offers strategic assistance to companies and management teams, who aim to better understand the use and development of technology.

Book your tickets to the talk here.

With Saudi Arabia’s new leadership and notable economic reforms, the outlook  for foreign ventures and investment is promising. BigOnIT and Newbeans Coffee are exploring various opportunities in Food, Healthcare and Food Security in the Middle East.

This blog series provides an update on our ventures in the region, as well as the current business landscape as I see it. Traditional Arab coffee is usually purchased in markets and souks, and what sets it apart from coffees in other nations are the addition of spices. A variety of items such as cardamom, cloves, and saffron, in addition to coarsely grounded Arabic coffee beans, are used for its making. [5]

The recent years, however, saw the increasing variety of coffee becoming available in restaurants, cafés as well as retail outlets and they are more similar to the coffees consumed in Italy or the USA.

And while fresh coffee is the format used to brew traditional Arabic coffee, instant coffee is the most preferred category by young consumers in Saudi, due to its convenience and variety of flavour options. In particular, young consumers are drawn to instant coffee mixes like 3-in-1’s and instant Specialty Italian coffees that aim to emulate coffee drinks like cappuccinos and lattes. Again, this is with the desire to recreate the coffee shop experience without extra effort.

Meanwhile, in Morocco, instant coffee is still the most popular type of coffee, but fresh ground coffee pods are gaining so much popularity in Morocco as coffee pod machines are becoming more available in different large retail stores, like Marjane and Carrefour. [5]

In Dubai, the center of development and trends in the region, on-trade sales are also growing strongly, boosted by the influx of business and leisure tourism. Despite the growth of coffee shops and independent roasters, instant coffee still takes the cake. [5]

In my next post, I explore trends in the e-commerce industry in Saudi Arabia. They are now the biggest  mobile users in the world, and this opens a lot of possibilities in selling specialty coffee online in Saudi Arabia and other Middle Eastern market – making it a great time for Newbeans CTAPS system to enter the market.